This software, which can recreate a singing voice carefully recorded and processed for each character, makes it possible to generate an entire song’s vocal parts by simply entering a melody and lyrics on your computer.

Shortly after the release of the software, fans and users started creating a massive amount of music and videos, and uploaded them on video-sharing websites. The publishing of these works stimulated the creative impulse of users to compose, remix, and further collaborate with each other on new projects.

Each character’s vocal expression is unique, and can be further edited according to the user’s sensibility and style. As Crypton Future Media’s CEO Hiroyuki Itoh says: “There are many different values and ways of thinking, so if there are 1,000,000 users then there should be 1,000,000 different ways of thinking.”

Moreover, these characters are not only featured in the artworks of many creators across the world, but they also come to life in 3D-projection concerts centered around their most iconic member Hatsune Miku, and their popularity is continuously spreading globally! 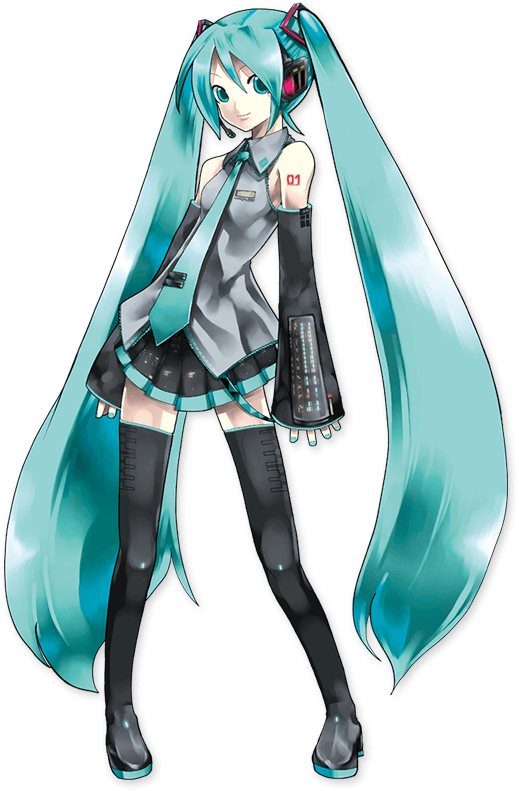 The trademarks of Hatsune Miku are her two blue-green ponytails, and her futuristic outfit resembling a school uniform.

The Hatsune Miku voice synthesizer software was developed based on the voice of Japanese voice actress Saki Fujita, and first released on August 31st, 2007. Since her release, Hatsune Miku has evolved into a phenomenon of highly participatory cyber culture, with Miku-related content created and shared everyday around the globe. At present, Hatsune Miku is not only the icon of this ever expanding creative community, but she is also the main performer of sold-out 3D concerts worldwide, even appearing in TV commercials such as for Toyota USA and Google, and on US national TV’s Late Show with David Letterman.

Rin is a charming and youthful female character, whose trademarks are her blond hair with a huge white ribbon, blue eyes and a school uniform-like outfit. Rin was released in one package with Len, her male counterpart, in the software “VOCALOID2 Kagamine Rin & Len” on December 27th, 2007.

The development of the duo of KAGAMINE RIN and KAGAMINE LEN is based on the concept of creating a twin pair of female and male voice banks recorded from the same Japanese female voice actress, Asami Shimoda. Their names were developed according to this idea, with “Rin” for “right” and “Len” for “left” audio channel, whereas the surname KAGAMINE means “mirrored sound”.

Len is a male character and his looks feature short blond hair, blue eyes and a school uniform. Len was created together with Rin for the voice synthesizer product “VOCALOID2 Kagamine Rin & Len”, first released on December 27th, 2007. Len’s youthful voice was made from that of Asami Shimoda, also the voice actress of Kagamine Rin.

MEGURINE LUKA is a character well liked for her mysterious looks and cool expression. Her trademarks are pink long hair and an attractively designed slit china dress. The character illustration was featured on the voice synthesizer software “VOCALOID2 Megurine Luka” that was first released on January, 30th 2009.

Luka is the third release of Crypton’s Character Vocal Series, and was based on the concept of a “cool, moody female persona with a breathy voice”. The original voice is sampled from Japanese voice actress Yu Asakawa. 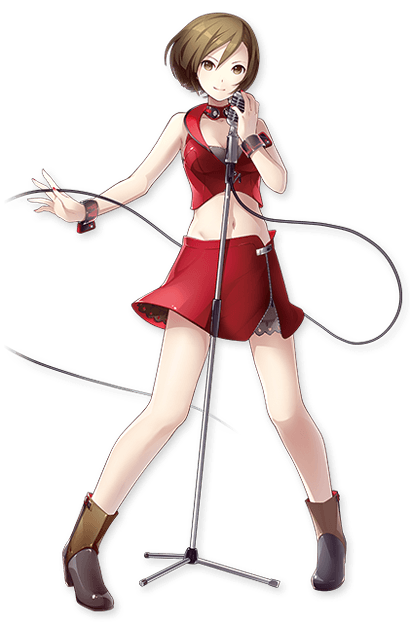 MEIKO is the first vocal synthesizer developed by Crypton Future Media, and was released on November, 5th 2004. Her character illustration was the first of its kind to be used for a music software product, which led Crypton to start a character series with various voices. MEIKO’s trademarks are her short brown hair bob, red mini-skirt, and boots.

The software MEIKO features voice samples of a real singer and songwriter, Meiko Haigo, and offers a pure and consistent voice suitable for various genres of music such as pop, rock, jazz and many more. 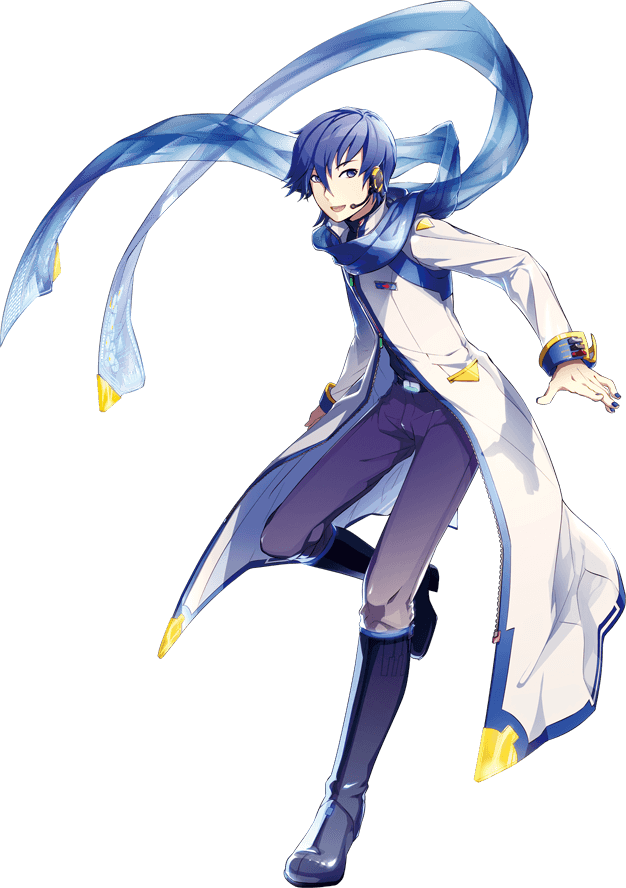 KAITO is a male character whose trademarks are his blue hair and a long blue stole. KAITO is popular for his smooth and grown-up voice, and his various singing styles can be combined to produce rich musical pieces.

KAITO was first released on February 17th 2006, based on the sampled voice of Japanese singer Naoto Fuga.

This page belongs to the web portal about “Piapro Characters” and is run by Crypton Future Media, INC. The word “Piapro” originates from a shortening of the Japanese pronunciation of “Peer Production” and expresses the wish that users who have various talents and know-how share these qualities with each other and create something new together.

What are “Piapro Characters”?

For all inquiries, please use the contact form by clicking on the link below. Please understand that Crypton Future Media will only answer to business related inquiries.